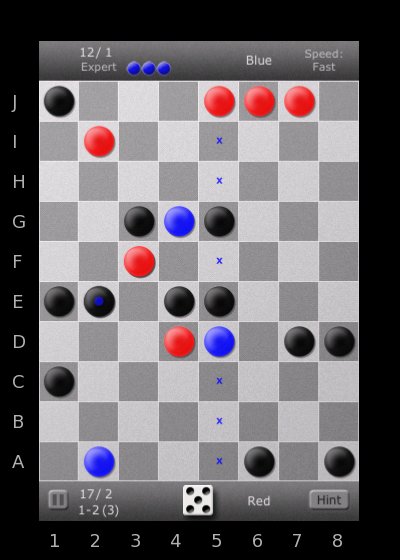 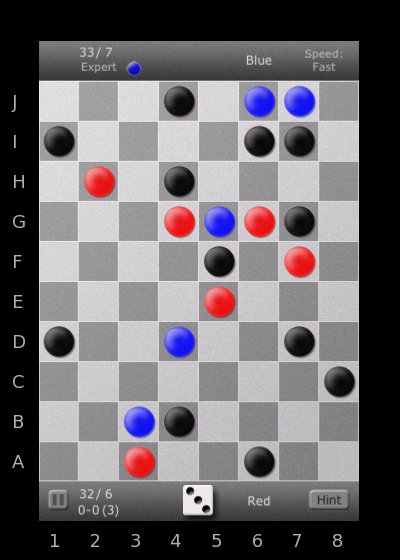 This time cathy and Khamous both guessed the twisted jammer move in position one very quickly. I didn’t think this would be quite so easy to spot, but they were right on it!

However, in position two, the intuitively more obvious move of A3 just sat there, with nobody daring to believe that could actually be the right move!

After a few minutes of tense waiting to see if anyone would make the post with both moves correct, I closed the first round. When I opened the second round, I thought for sure the winning post would come instantly, but still, for a couple of minutes, A3 was passed by in the first posts.

Haffertee, who chose to play from the sidelines this time, wondered aloud “what happened to Khamous?” There was no quick guess from Khamous when the second round opened.

The moment after hafertee posted the question, Khamous came back with the answer: The best moves for both positions! Khamous had decided to take a longer moment to reflect on his second round choices. His extra thought paid off, and he came in for the win. Congrats, Khamous!

Looking forward to the grand finale at 9pm ET tonight!

E1-B4
– The only other decent option to block Blue with a 5.

Best Move: A3
– Take the opportunity to get Red runner A3 advanced with a jump.
– If you don’t move A3 now, Blue could trap him with the blocks B4-C3 or F5-D3.
– Gets most vulnerable Red runner advanced at a good time, while Blue is blocked up pretty well everywhere already.

H2
– Not necessary now. H2 is in no danger at all of being blocked.

F5-C4
– Does unblock Red and blocks Blue.
– But opens lane 5 for Blue, and with an easy jump! Better to wait for something like F5-D5 here.

G7-F6
– Unblocks both Red and Blue, and blocks Blue behind Red in lane 6.
– But would be better to do something like G7-E7 with this jammer.
– A3 is more important to move now, then work on keeping Blue bottled up in lanes 6 and 7.